Derek Croucher had a fascination for photography, nature, and the countryside from a young age. He was given a camera at 11 years old and by 14 began to have ambitions for a career in photography. Family holidays were centred around photography and wildlife, with countless hours spent searching out subjects to shoot or waiting in hides for them to appear. An early success came at 17 when he won the Young Wildlife Photographer of the Year competition run by BBC Wildlife magazine. 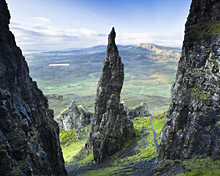 Three years spent working in a professional photographic laboratory provided much vital knowledge and experience, before embarking on a self employed career. He initially took on a variety of jobs, but gradually began to specialise - initially in travel photography, covering areas of Europe and North America. Commissions over a number of years to shoot a series of books covering much of northern Scotland helped to widen his knowledge of the UK as well as develop a great love for that area. He became a major supplier of photography to the National Trust with further emphasis on architectural, garden and landscape work, and has written features for Outdoor Photography. 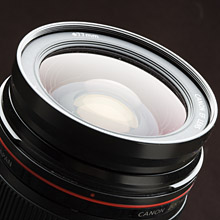 In the film era he mainly used a Mamiya RZ67 and a Linhof Technikardan, sometimes working with 5x4 inch but mainly favouring 6x9cm on the view camera. The Linhof particularly suited his style of carefully setting up photographs rather than rapid shooting. Focusing an upside down image on a ground glass screen under a black cloth would frequently provoke the curiosity of those passing by. The transition to digital was a little hesitant due to a dislike for 35mm style cameras, but it opened up new possibilities, due to the technical capabilities of the cameras and also the abilities of Photoshop - making it possible to work in lighting conditions not possible with film. He now uses full frame Canon EOS cameras but for static subjects still prefers to carefully compose a photograph on a tripod - sometimes in bright sunlight still using a black cloth over the head to view the screen. Some habits die hard.


"My emphasis has always been on quality, both technical and creative - I need to be personally satisfied that a photograph is the best I can produce. My passion for photography is as strong now as the curiosity was in the 11 year old me."